I had got allocated to the Gopalswamy Betta range or GS Betta range. That range was controlled from the RFO's office itself, and not any makeshift camps.

This is just one of the many ranges within the Bandipur reserve. And definitely not a good one for sighting animals, as it is situated just outside the park boundaries and meant mainly for administrative purposes than core wildlife activities.

I got a different camp than the others I had got acquainted with by that time. There were a lot of haggling and transfers. I didn't feel like asking any, even knowing well that I was going to a weak buffer zone just outside the gate.

I was clearly dejected and devoid of any company or contact to improve my situation. I had literally given in.

The instructions were provided and the manuals shared were largely in Kannada with forms to fill. Had gone around getting the key fields translated at least.

At least I should make myself useful wherever it is.

4-5 people finally joined out jeep which is HQ for the entire park. There we heard that the beats are waste and Hangala nearby has better sightings. Two experienced guys in our batch immediately opt for it and are taken there, leaving me and Ravi Kiran here at HQ.

The rooms are bad. No water, no guards for company, and no one to cook. This isn't what was promised at the briefing which promised well stocked camps with guards and lots of responsibilities.

The room was basically a small one with a shelf to keep some stuff and a space to sleep on the floor. The toilets too were in an exterior building somewhere behind the HQ. This building was part of some kind of quarters for the staff, minus the furniture they had.

Hopefully, someone would come in soon. And the beats aren't promising either. But keeping hope that this experience would be positive.

By this point, I was regretting various decisions, starting from the very first one to enroll for the exercise to not asking for a better position. It took a bit more of mental affirmations to find the right attitude to bear it.

Ah, there is a lot of politics and inteferences. Sitting idly outside the room, I can see after all the shortlisting, people who just walked in also were being accepted. So much for the formal application processes we had gone through. I could have haggled and tried to get into the core zones, but I didn't even try.

Keeping fingers crossed and making plans in mind to utilize opportunity to maximum.

Hope my other friends are getting a better treatment and are enjoying.

Signing off for now.

a thought in the bottle

Savouring the past glory is not the best thing to do.

So get on with the writing, ok?

But what do I write?

Who wants to see?

Earlier, I used to imagine readers waiting for some content which has elements of travel and adventure, of intrigue, or simple stories.

Now we are too tied up in our lives, and loads of entertainment options at our fingertips.

Who would want to read all this stuff?

Now, does that mean we are back to the old days of the internet ( famed, but never experienced myself ) where most people largely ignore small blogs. And if there are people coming up to read/comment etc on your blog, then you have an equally lost soul or someone coming out of complete boredom.

I mean how many people could be reading all these boring stuff when they have their own lives to deal with?

Such are my thoughts that I hereby commit to the note in the bottle and set adrift on the vast vast digital ocean.

Email ThisBlogThis!Share to TwitterShare to FacebookShare to Pinterest
Labels: ramblings

Sailing through the ages over stormy oceans

The latest book I have been reading is "The Island Civilizations of Polynesia" by "Robert.C.Suggs". It was originally published in 1960, and I believe mine is that very same edition. I got it from Bookworm shop as a worn out second hand copy. Sad to say, the book came to parts while I was trying to read, and I plan to try and glue it back after I am done reading it. 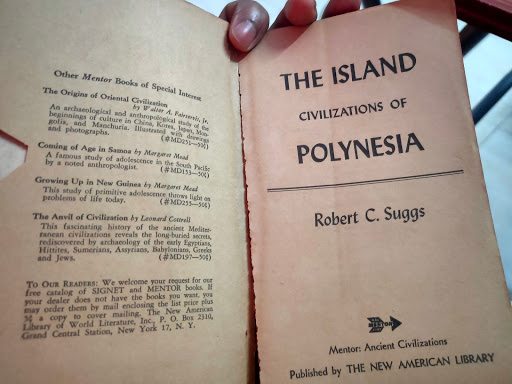 Now onto the key take-aways. I had later added some more content I could quickly research from Wikipedia and other sources to try and make this an interesting reference.

The Polynesian islands were populated by people originally from around South East Asia. 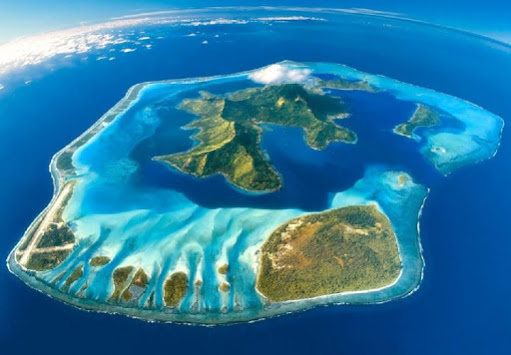 The Melanasian islands, New Zealand, Australia and Indonesia had land bridges at some point, whereas the polynesian islands never had. At least this what I recall from the initial sections of how the islands weer populated. So this means the far flung Polynesian islands were majorly populated by a sea faring folk, braving unknown vast oceans and perilous shoals and reefs. The islands themselves were seldom hospitable, and so it must have taken many centuries of deliberate and accidental exploration to finally settle all islands worthy of being settled.

All this was studied on the basis of lots of data comprising of Anthropological data, Linguistic data, and finally lots of ongoing Archaeological evidences that is slowly setting the pieces in its right places. Of course, looking across such a vast swath of time, all evidences tend to have a huge margin for error, which is kind of taken for granted in this line of business.

Around the time of Word War II, the linguists of the world had researched and identified that the Polynesian language originated from Proto-Indonesian, and each island has since developed its own dialects. By figuring out the similarity between the various dialects, we have been able to underscore or sometimes question the different ages at which the different islands were settled and where the settlers came from.

Now I'll like to talk about some interesting tit bits I could remember about the various islands themselves:

The island known as Marquesas in the modern day, with the name attributed to its colonial discoverers, is believed to be the oldest settlement in the Polynesian triangle. By comparing various artifacts found on this island against those found on the other islands, a lot of migration path information has been derived by the archaeologists over the last century.

The Samoans ( I always read it first as Samosa ) developed a centralized village system with leaders claiming title rather than lineage, whereas their neighbours the Tongans developed a lineage based isolated family units. The Tongans were fierce warriors and often used as mercenaries in Fiji. This difference is mainly owing to the differences in the natural habitat of the two islands. While Samoa had huge tracts of fertile land capable surrounded by all other resources like clean water and quarries, Tonga had an its resources split across the islands. The split caused family units surrounding that area to become the sole source of this resource to the central authority, and they traded or fought for the remaining ones.

The Samoans ended up building huge fortified villages and large temples for their deities as the local leader was capable of feeding a huge number of workers for lengthy periods of time due to the huge surplus in food production. The Tongans were largely left to producing the bare minimum required and became adept at fighting wars.

Samoa and Tonga were the Western Polynesian islands from where the culture spread further to the east to the likes of Tahiti and Hawaii.

I didn't feel much elated about the Tahitians and Hawaiians as they seemed to build quite a good centralized society banking on good fertile lands, building large temples and fighting brutal wars for resources and politics. Every day civilization for you.. But of course the big islands had their own share of old stories of settlement, death and wars by which the dominant settlement was achieved.

The story of the Easter Islands is a complete different thing of its own. It has always been mired in controversy over the Moai statues. The wild theories themselves are so much fun to read. But the author here being a professional, quickly dismissed all of them and got to the business of using stratigraphic data to established the mode of settlement and probable ages. He quickly explains that unlike the other islands to its west, this eastern island was settled directly by the inhabitants of Marquesas Islands. Also, due to the lack of any proper vegetation and the islands being largely volcanic in nature, the unique statues and other petroglyphs paint a completely different landscape. 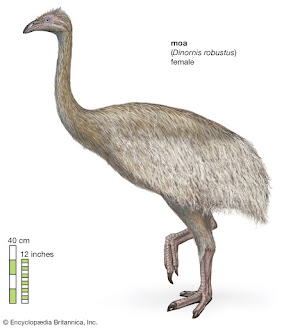 Then came the very interesting myths of the Moa birds and the Maori on the New Zealand, and their valour against the British colonizers. It all provided me lots of interesting topics to look out for further reading. 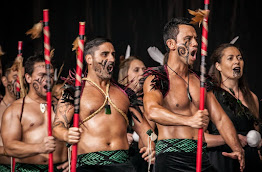 The varied stories of the Polynesians keeps telling us that the same set of people from the same areas or sometimes from the same family, end up in so many different ways, shaped by their land and their times. The arrival of the Europeans which we all consider as a major interruption in all such cultures wouldn't be the first, as they went through the cycle of discovering new lands, and often leaving old ones behind. But then they are not comparable as the former was more permanent, directed and intelligent erasure of roots. The journeying and discoveries only lead to expansion of culture in comparison. Needless to say, the arrival and settlement of the Europeans, often for the purpose of whaling, trading and general missionary purposes simply decimated the population with communicable diseases and forced eradication of culture.

I am not really exposed to any current day political elements or sentiments of the Polynesians. But seeing that some islands are still under the control of the British or the French, I can't stop wondering how hot things are in the idyllic vacation islands of the world.

All images used in this blog are obtained using Google Image search and hence copyrights are retained by their rightful owners.